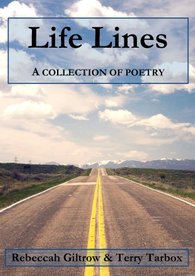 It’s Southwold and Summer is Over

They are sheltering from the wind in cafes,

And along the foot-smudged sand,

The blow from off the North Sea,

Is worrying at my hands,

The sullen sea is glowering,

With flecks of white and grey,

That something’s on its way.

The waves of rain rise up to me,

Snatching at my hair,

No sandcastles, no sun cream,

No childish squeals to hear.

The guns stand firm and ready,

Upon the grassy hill they sit,

In line to keep us free. 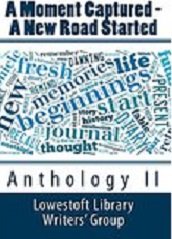 Go to the river today my love,

To the place where the river bends,

Stand on the rock where the waters boil,

And say goodbye to a friend,

Search not for me where I lay my love,

For I am no longer there,

But look for my signs in the trees, my love

Look for my warmth in the sun,

Look for my eyes in the stars above,

Look for my arms in the trees,

Look for my tears in the gentle rain,

Look for my breath in the breeze,

Then stand on the beach at dawn my love,

Eyes closed and you will see,

That the gentle touch of the salt-filled wind,

The tea stalls and the beach cafes,

All rest with shutters closed,

No ice cream, no candy floss,

Pink, sticking to my nose.

It really doesn’t seem to me,

With spring so far away,

That we shall ever see again,

The smile of someone passing by,

Drifts and bends and hovers,

Then floats away up to the sky,

In Southwold summer’s over.

They say that ‘if you remember the sixties, you weren’t there’. Well, I was there, living in North London, and I do remember.

I celebrated my fifteenth birthday in October 1960. Nobody even guessed what would happen in the memorable decade that was to come, least of all me. The sixties were ‘where it was at’.

On the brink of leaving school, all that was on my mind at that time was football and pop music. As for the former, I played outside left (left midfield in today’s language) for my school team, and loved every moment. As for the latter I was heavily into The Everly Brothers, plus Chuck Berry, Sam Cooke and Del Shannon.

girls, however I never actually experienced the feeling of having it socked to me by anyone.

I would sit for hours over our large stereogram, (so big it took up one whole wall of our living room) listening to the latest records and learning every word of every song, (sad?). This, let me explain, was no ordinary gramophone, no, it was ‘state of the art’, with the aforementioned stereo (very latest innovation), and best of all, a lid that was air controlled and, when dropped, descended slowly, wow!

As for fashion, I, like most young people of the time, had a sort of ‘uniform’; Levi or Lee Cooper jeans, white (always) tee shirt, black and white baseball boots and, the final devastating touch, a black leather jacket. In my mind I was Marlon Brando, sitting astride a powerful motorbike in the film ‘The Wild One’. The fact that I couldn’t even ride a push bike seemed to make no difference; I thought I was the ultimate dude.

The leather jacket, by the way, was a bit controversial in the early sixties. A bit like hoodies today, adults believed that if you wore a leather jacket you were a hooligan.

Later on in the middle of the decade we were wearing flared trousers, flower power shirts and, horror of horrors, kipper ties.

My home life was brilliant, great parents, great support. Although I had five brothers and two sisters, only my younger brother David and I were living at home.

I was very lucky to have a large group of friends, girls and boys. We would meet up every evening and weekend at a large block of flats on the Edgware Road, (where most of them lived). We just talked and messed about in general, I suppose, in today’s parlance, we were just ‘hanging out’.

1962 is really when the sixties that people talk about now began. The Beatles arrived and the whole music and social life changed. Many other groups jumped on the bandwagon and the charts were full of British bands, mostly from Liverpool. There were exceptions though, with The Dave Clarke Five and The Kinks, who were from London. America had dominated the charts before then, although Elvis Presley and Roy Orbison still had big hits throughout the decade.

I was now at work in the office of Bosch Ltd, earning the princely sum of £5 a week. This, of course meant I could now buy my own records and clothes.

Then came 1966, The World Cup and all that, ‘Engerland, Engerland, Engerland! Bobby Charlton, Geoff Hurst and Alf Ramsey et al. I watched it at home on the tele in black and white. Sadly, we are still living on that success forty seven years later.

I loved the sixties, it was a great decade, or could that be simply because I was young, or that time has glossed over the bad bits? Teenagers of today probably feel the same about the current decade.

As the sixties came to a close, I had one regret, as I mentioned earlier, the sixties were supposed to be ‘where it was at’; Well, wherever ‘it was at’, I can honestly say, I wasn’t there.